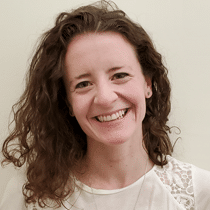 Alexandra Haines is Belgian-American, born and raised in Middletown, NY, with a second home in Waterloo. She grew up in a diverse neighborhood, surrounded by translators, teachers and public servants, and was constantly exposed to and inspired by people of different viewpoints. She trained in classical singing at the Ithaca College School of Music, where she learned to sing in primarily French and German, as well as in Italian and Spanish. Recently she has performed in New York City, Off Broadway with New York Gilbert and Sullivan Players, and in professional regional theatres. She has an affinity for contemporary revivals of old musicals; favorites including her most recent performances in Brigadoon, Secret Garden and Sweeney Todd. While specifically pursuing a career in contemporary theatre, Alexandra also works with young children, teaching them piano and beginnings in personal organization, and her love of different cultures and languages has brought her to Translingua where she has started her part-time position as a junior project manager in September of 2019.