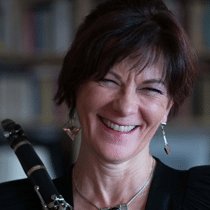 Deborah is a native of Cameron, Missouri. Deborah’s passion for culture and languages brought her to Europe where she lived for 33 years. The majority of her time abroad was spent in Munich where she served on the faculty of the Hochschule für Musik and the Richard Strauss Conservatory and played with many prestigious orchestras in Germany, including the Bavarian
Radio Symphony Orchestra. She also spent time in Moscow and Budapest. In Budapest, she owned her own small translation agency and taught English as a second language.  Deborah speaks German, Hungarian, Russian, Dutch and Italian. In 2010 she returned to the US and now resides in Boulder, Colorado, with her husband, writer and librettist, Douglas Penick. Deborah joined Translingua in 2019 as a linguist and project manager.