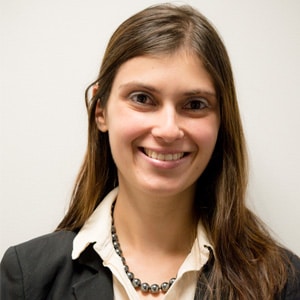 Francesca was born in Italy, right on the border of Slovenia. An Italian native speaker, she studied English, German and Spanish in middle and high school and later on she enrolled in a program at the University of Trieste to pursue a degree in Modern Foreign Languages and Literature with a concentration in English and Russian. During her time as a student, she participated in two study-programs held in Austria and Russia to study German and Russian. Upon graduating with honors, she enrolled in the Master’s Degree Program in Translation and Cultural Mediation (with a concentration in Russian and German) at the University of Udine and soon after she finished her studies, she moved to New York City to work as an in-house translator for a Manhattan law firm and as a freelance translator.
Francesca joined the TransLingua team in 2015 and is happy to make her contribution to our agency working in the capacity of Senior Project and Quality Control Manager. In her spare time Francesca likes to listen to music, play piano, read, watch movies and travel (whenever she has the chance!)