When Being Lost in Translation Kills 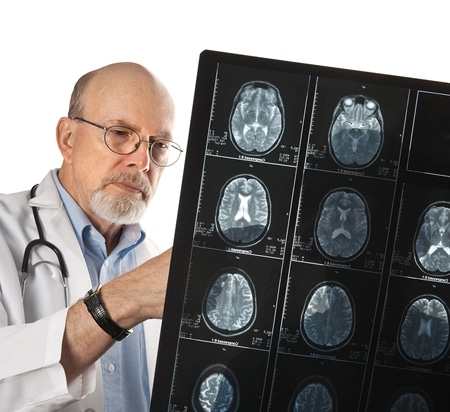 Maria Guevara had been trying to get pregnant for three years when she saw a doctor at Los Angeles County General hospital in 2008. She was understandably thrilled, then, to learn she was indeed three months pregnant at the time of her visit. As Guevara later recalled, when the doctor asked her in English if she wanted to keep the baby, “without hesitation I replied ‘yes’ to his question. Before leaving the hospital, the doctor prescribed me medication that I thought was prenatal care. That lack of communication between the doctor and me has changed my life forever.”

Guevara took the prescribed medication, and experienced violent pain and bleeding. She returned to the hospital, where another doctor told her the bleeding was the result of a miscarriage.

“My baby was dead. The medication the initial doctor prescribed to me was not prenatal care but medication to induce an abortion,” she told a press conference in April at the University of California Davis Medical Center in Sacramento. “Not speaking any English, I was unable to understand his question to me. He did not speak Spanish and no interpreter was provided.”

This occurred at the largest single health care provider for a county where 37 percent of the population is comprised of Spanish-speakers.

“Losing my baby forced me into a deep depression,” Guevara said. “I could not bear looking at or holding babies because the thought brought back painful emotions.”

Although California has some of the strongest laws in the nation spelling out a patient’s right to an interpreter, stories like Guevara’s are far from unique. Day after day, non-English speaking patients are seeing doctors and nurses throughout California without the aid of medical interpreters, sometimes with tragic results, a Frying Pan News investigation has found.

Hardly a day goes by when Julio Perez doesn’t think about his joyful little brother Aldo, an energetic five-year-old who loved watching cartoons – and how Aldo might be alive today if his parents had been able to communicate with doctors.

Both brothers got sick one day in March 2008, and their mother first took them to a clinic with a Spanish-speaking doctor in South Gate, about seven miles southeast of downtown Los Angeles. Each of the boys was given a shot. Julio got better; Aldo did not. Their mother took Aldo back to the clinic, then to two hospitals. At the second hospital, Long Beach Memorial Medical Center, which had more sophisticated medical care available, an interpreter was summoned to explain the liability forms. Once the forms were signed, Julio recalls, the interpreter left and never returned.

None of the doctors or nurses the family dealt with at LBMMC spoke fluent Spanish.

“I had to be the interpreter,” Julio says. As he remembers, doctors said that his brother had a serious bacterial infection. Numerous medical procedures followed, as doctors tried to save Aldo’s life. He died on April 14, 2008.

“I feel that my baby brother’s death was an injustice,” says Julio Perez, now 24. He believes the hospital kept his family in the dark about Aldo’s condition. “If we had proper interpreting services . . . my parents could have asked questions.”

California Assemblyman Dr. Richard Pan (D-Sacramento), a pediatrician and chairman of the Assembly’s Health Committee, says that Maria Guevara’s story, which he heard firsthand in April, epitomizes the need for an effective statewide system of medical interpreters. “That story tells you the horrendous consequences of not being able to communicate between a patient and a health care provider,” he says in an interview.

Such problems are systemic and widespread. In a month-long investigation, Frying Pan News has reviewed 75 case studies from across California in which a qualified medical interpreter was not present. In all of the cases, the health professionals were fluent only in English; the patients spoke a variety of languages, including Spanish, Russian, Mandarin, Cantonese, Samoan, Vietnamese, Khmer and Hmong.

California is the most ethnically diverse state in the nation, and an estimated 40 percent of the population speaks a language other than English at home. The need for qualified medical interpreters, moreover, is expected to increase when millions of people who don’t speak English become eligible for health insurance under the Affordable Care Act. Experts stress that many of those newly enrolled won’t be able to communicate with their doctors and other health professionals unless interpreters are readily available.

“The Affordable Care Act will exacerbate this issue,” says Dr. George Flores, program manager for prevention at the California Endowment, a Los Angeles-based private statewide health foundation that works to expand quality health care for underserved individuals and communities in California. “A good portion of those eligible speak a language other than English. This will put more pressure on a system already bereft of language capability.”

“This issue will become even more critical in the coming years,” says Ting, “as three million new patients who speak only limited English enter the health system .”

To address the problem, Assembly Speaker John A. Perez (D-Los Angeles) has authored a bill, AB 1263, that would significantly expand trained medical interpreters. The measure was passed by the Assembly in May and is expected to be voted on by the state Senate soon. If it passes the Senate, it would likely land on Governor Jerry Brown’s desk in September.

The bill would require the state Department of Health Care Services to seek federal matching funds to create a state-certified interpreter system. Under the bill, California would spend $200,000 to gain access to $270 million in federal funds authorized under the Affordable Care Act to fund interpreter services. It would create about 7,000 interpreter jobs over a 10-year period.

“For a relatively small investment of state dollars, we will be able to tap into federal dollars,” says Dr. Pan. “AB 1263 will ensure that all Californians are able to obtain quality care by ensuring good communication between patients and their health care professionals.”

In the absence of available interpreters, many people now use their children, other family members or friends to interpret for them. But physicians, government officials and other experts say this is almost always a bad idea.

“Children do not have the maturity to understand the importance and seriousness of medical discussions,” says Dr. Flores of the California Endowment. “There could be misunderstandings that could lead to very serious problems. Imagine a boy interpreting for a mother having menstrual problems. Parents might withhold information and think they were protecting the child, but this would hurt the medical encounter. It’s never appropriate to depend on a child to interpret.”

When things go wrong, the child interpreters are often left with lifelong scars. Poulinna Po was 15 when she was often pressed into service as an interpreter for her Cambodian father, who spoke Khmer. The elder Po had diabetes and could not understand how to take his medicine. He was reluctant to see doctors or go to the hospital because he felt there was no one who could help him. Poulinna Po could understand what the doctor was saying, but she did not know words in her native tongue to convey the medical information back to her father.

Po’s father ultimately died from a brain tumor and complications from a stroke. Now 17, Poulinna Po blames herself for her father’s death. She tearfully told her story last June at a town hall meeting on language access held at the University of Southern California.

As the Affordable Care Act’s full implementation proceeds, the need for medical interpreters will increase – and so will problems unless the system is fixed. Julio Perez now lives in Norwalk and graduated this spring from California State University, Fullerton with a degree in political science and Chicano Studies. He says he is speaking out to shine a spotlight on the problems caused by the lack of medical interpreters and the need for a solution. He has also testified before the state Assembly Health Committee.

“I’m putting so much effort into this because my little brother passed away and I do not want his suffering to be in vain,” Perez says. “I want people to see that the lack of medical interpreters has had detrimental effects on families and that innocent lives have been lost as well. If the governor signs AB1263, then I will feel that I accomplished what I was hoping for, and saved some lives in the process.”