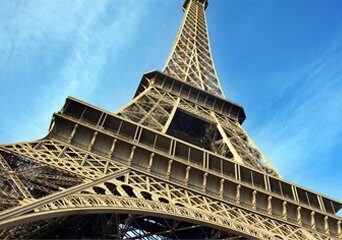 The French language has long been thought of as the language of love. Its very elegance accurately represents the beauty and romanticism of the French people. While, French is taught in many high schools, very few people are fully capable of accurate French interpretation in NYC due to lack of use or failure to understand the cultures of French speaking people.

Translingua is a fully comprehensive language service provider who offers interpreters and translators in over 100 different languages, including French. We have offices in both New York City and Boulder, CO, in addition to our online presence. Our team of language specialists have experience with a wide variety of industries. They are fluent in both the cultures and languages to better ensure accuracy.

French is the 5th most spoken language in the world. Prior to World War II and the Treaty of Versailles, French was the language of diplomacy after it replaced Latin during the 17th century. French remains one of the 6 official languages of the United Nations.

Among Europeans, French remains the most popular secondary language even to this day. French is an official language in over 29 countries spanning the globe, from countries in west Africa all the way to Canada. Over 267 million people speak French.

Additionally, many countries have pockets of French speaking communities, such as parts of Louisiana in the United States. Each one of these communities and countries have individual cultures that can influence how certain phrases and words can influence the audience. Some words and phrases will differ in meaning between cultures due to the ever evolving nature of language.

This results in a need for awareness among translators when working with a variety of cultures. Especially in how it affects marketing and in person interpretation. A native speaker of French from Madagascar will have different phrases and idioms than one from France due to the natural lingual evolution over the centuries since colonization.

Translingua will ensure your interpreter is fluent in both the source and target languages while being familiar with the industry.  We offer a variety of interpretation options, such as simultaneous, consecutive and personal interpretation. Translingua also offers online interpretation services and interpretation equipment rentals with technical services.